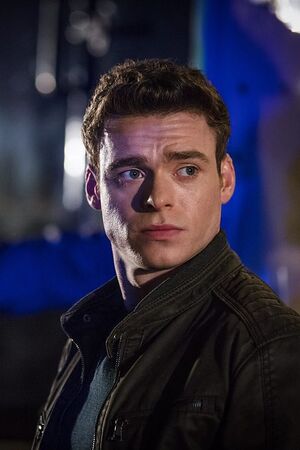 Sergeant David Budd is one of the main characters of the BBC drama series Bodyguard. He is a Principal Protection Officer assigned to protect the Home Secretary, Julia Montague.

A veteran of the British Army, David Budd served in Helmand province in Afghanistan before joining the Royal and Specialist Protection Command of the London Metropolitan Police Force. In his new role, Sergeant Budd is a Principal Protection Officer who is assigned to protect the Home Secretary, Julia Montague. David is mistrustful of politicians, especially those who voted in favor of war in the Middle East, and his new position tugs at his beliefs. Even so, he is ambivalent about his new assignment, which is seen as a "step-up" due to the high profile of the Home Secretary.

David carries psychological scars from his Army days, but he tends to hide them behind a professional and forceful outward facade. However, he is prone to volatile behaviour, and his issues have led to him separating from his wife, Vicky, and their two children.

David's new position protecting the Home Secretary brings conflict as he is torn between his dedication to his job and his political beliefs.

He is married to Vicky Budd with whom he has two children but he's separated.

He begins a sexual relationship with his boss Julia Montague, but quickly reaizes that there is more to her than the conservative politician he knows from televison. Their sexual relationship turns into a budding romance, that finds a sudden ending when she succumbs to her injuries after a bomb explosion.

This character appears in Episodes 1 to 6 of Season 1.

"I've been a soldier, I've been a copper, you get to spot a bloke whose word is his bond"

"Soapbox is not really my thing mate"

"Don't make a scene in front of all these people, it'll be all over social media before the hour's up"

"Kettles ma'am, they can be quite the danger in untrained hands"