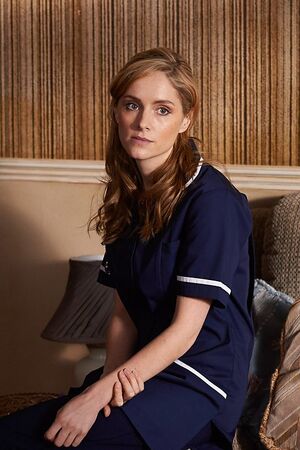 Vicky Budd is a Ward Sister working at a London hospital. She is David Budd's estranged wife, and the mother of two children.

Vicky Budd is married to PS David Budd, and works as a Ward Sister at a London hospital. She is estranged from her husband due to his PTSD and mood swings, a result of his time serving with the British Army in Afghanistan.

While Vicky still loves and cares for David, she also knows that she has to move on with her own life and do what is best for her and their children.

Vicky is David Budd's ex wife and is still heavily involved in his life. Though she ends up letting another man stay over while the children were at a friend's house. She is still devoted to David and helps him.

Vicky Budd appears in all 6 episodes in Season 1