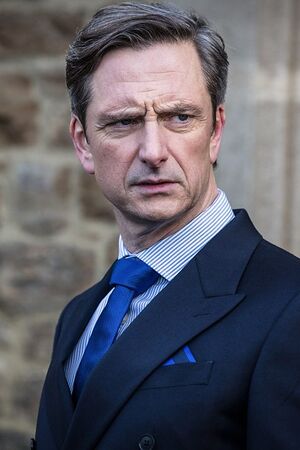 The Right Honourable Roger Penhaligon MP is the Government Chief Whip and the MP for Surrey North. He is also the former husband of Julia Montague.

Roger Penhaligon is a staunch supporter of the Prime Minister, and the Government Chief Whip. Previously married to Julia Montague, his relationship with her is rocky and fraught both professionally and personally as she rises in prominence within the government. Roger believes that Julia is plotting to mount a leadership bid against the Prime Minister and will not hesitate to go behind his former's wife's back to protect the Prime Minister in his weakened position.

Other characters that know this character are...

This character appears in these episodes...

"You work for us Plod, so wind your neck in"

"Julia's snatching the key to number 10"

"I've nothing further to add without my solicitor present"

"Can't you call your monkey off, throw him some nuts"